so i’ve got my danforth stern anchor mounted on the rail. i like it but i’m thinking it’s a temporary spot, depending on where i put the propane tank and the solar panels. i’m on the hunt for a bow roller for my 33lb. lewmar bruce claw. they’re about $2-350 brand new, which i might have to splurge on if i can’t find one used for cheap soon. i don’t mind too much though because its what we’re going to be sleeping on almost every single night. i want to trust it. 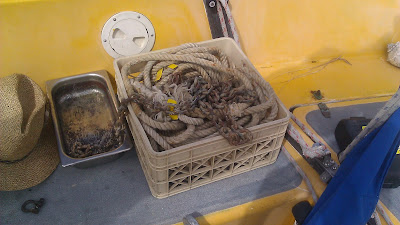 so we’ve got about 120 ft. tri braid line with 30 ft. 5/8 inch galvanized chain for our danforth stern anchor 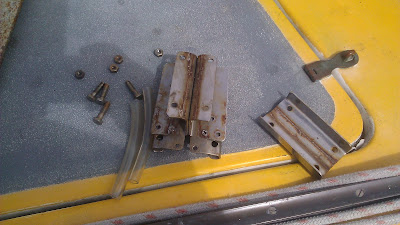 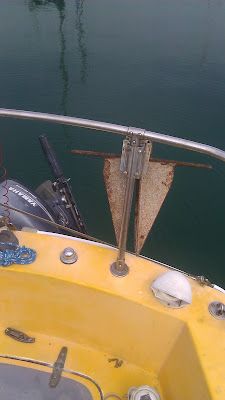 that’s how she’ll hang. probably have to move it over though. it’s kind of annoying when reaching down for the outboard. 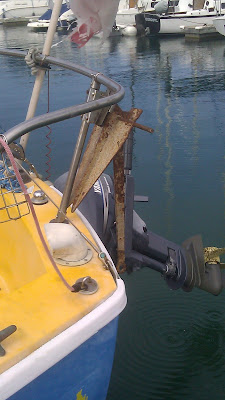 it’s nice to have the anchor out, ready to drop, and safely secured. 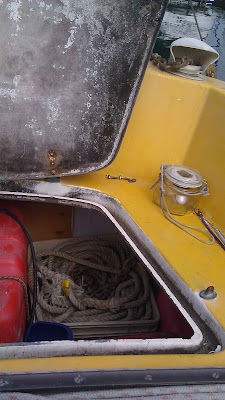 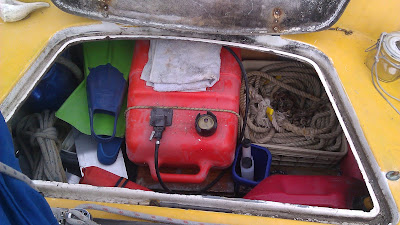 i also took the time to organize the lazarette. filled our 8 and 5 gallon gas cans. treated with sta-bil. i also put new screws into the lid for the lazarette because it was falling off. probably have to clean and repaint the inside of that lid! 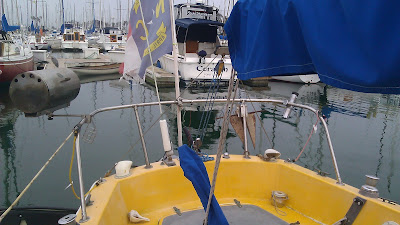 here’s our new temporary layout of the aft cockpit. got the new tiller with her canvas cover. switched the grill to the other side. put on my rod holer. and of course the stern anchor.
right now i’m working on installing our propane line. we removed our mini fridge because we won’t be getting enough power to run that while cruising. so last week we got the 3 burner gimbaled stove/oven installed! we took it on a few practice sails and it swings great! i ordered 30 ft. of marine grade propane line from west marine. i also got a T valve for the propane regulator. so the tank will be firmly stored right under the grill. the line will split at the T valve and a few foot long hose will run to the grill, while the 30 ft. line runs into the cabin to the gimbaled stove. everything will be safe and secure. i’ve been hearing from friends with similar set ups that a 4.5 gallon propane tank will last them 3-6 months cooking every day. we’re quite excited for this.
just some wood work
first sailing race!