By splendid isolation on June 8, 2012
so we have 2 compasses in our cockpit. port and starboard. i believe this boat used to be a racer because of certain things like this that i’ve noticed. well both of the old compasses are shot. the starboard one was completely ruined as you can see below. the port side isn’t as badly sun damaged and can still be read, even though it’s leaked some of the liquid out. i chose to replace the starboard compass for two reasons; it was the worse of the two and it was the farthest from my electrical circuit panel. (which can cause deviation with the magnetic fields.) 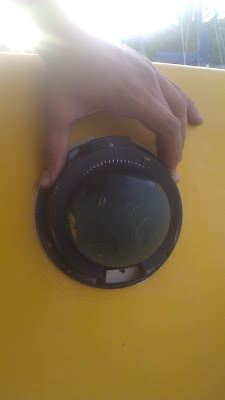 check out how bad this thing was. barely any liquid left in it and completely sun damaged. 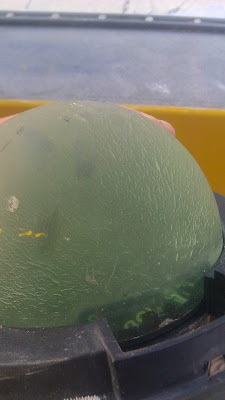 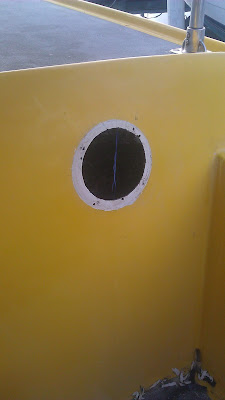 of course Piña is always there to help when i’m doing projects! 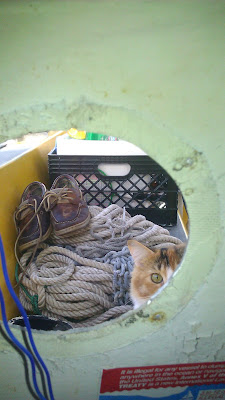 the new compass came with a cut out stencil sticker. pretty helpful. the old hole was pretty much the same size, so all i needed to do was cut that squared bottom. 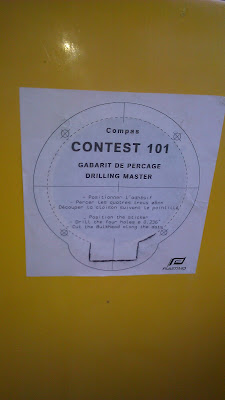 i chose the plastimo contest 101 for this reason! it’s a double vision!! inside and outside the cabin. i like this because if we’re inside and have the auto tiller working the helm than i can just check the compass every so often to make sure we’re still on course without having to step outside. pretty convenient! 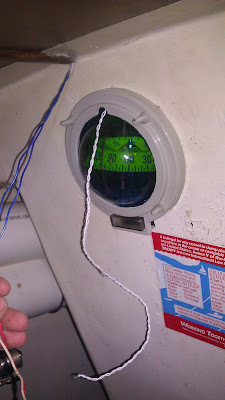 so here it is mounted in it’s new hole. it also has a little LED light that i’ll connect to my circuit board another time when i have some daylight to work in. 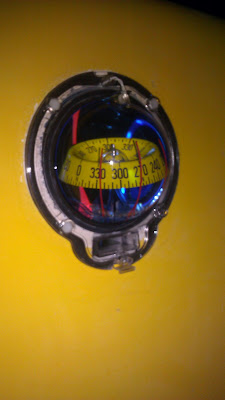 ta-da! they even sold it in blue and yellow. perfect match. 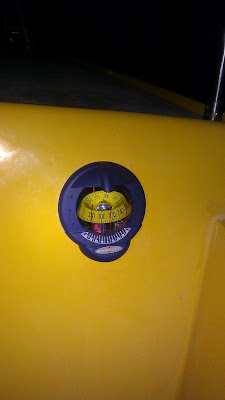 and it came with a sweet clip on cover to block out the sun. this one isn’t going to get destroyed. 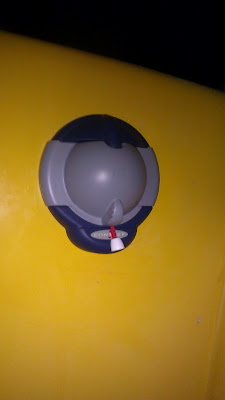 One Response to new compass